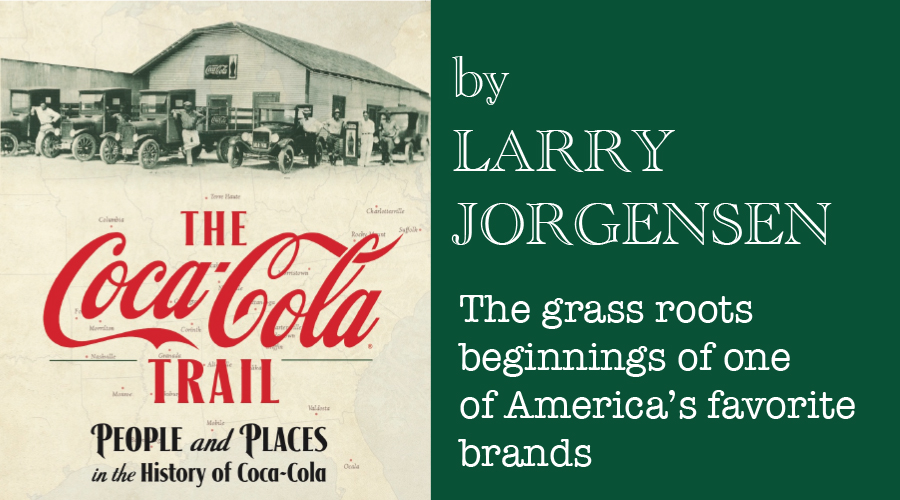 How do you sell 9,000 copies of your self-published book from your one-man operation in a back bedroom?

“You got to go sell it,” says author Larry Jorgensen. “Nobody knows your product better than you.”

What started as an idea for a simple travel book turned into a fascination with the evolution of Coke bottling, a story that traverses the nation with humble beginnings in Vicksburg, Mississippi where Coke was first bottled.

“They have a little museum over there with a restoration of the place where Coke was first bottled. And then not too far from there, Monroe, Louisiana, about 70 miles away, there is a Coca-Cola museum, which is about the people that first bottled Coca-Cola. So, I thought this is a great travel story and I’m gonna freelance it. Well, I got into it and I realized the story in fact is all over the country.”

Jorgensen’s two books are filled with the stories of the bottlers, the families, the entrepreneurs and the communities where Coke took root as one of America’s most famous brands. He’s sold about 9,000 copies, working from his home in Louisiana where he does his own writing, marketing, packing and shipping.

To hear more about Larry’s amazing success, listen to our interview on The Independent Author podcast: