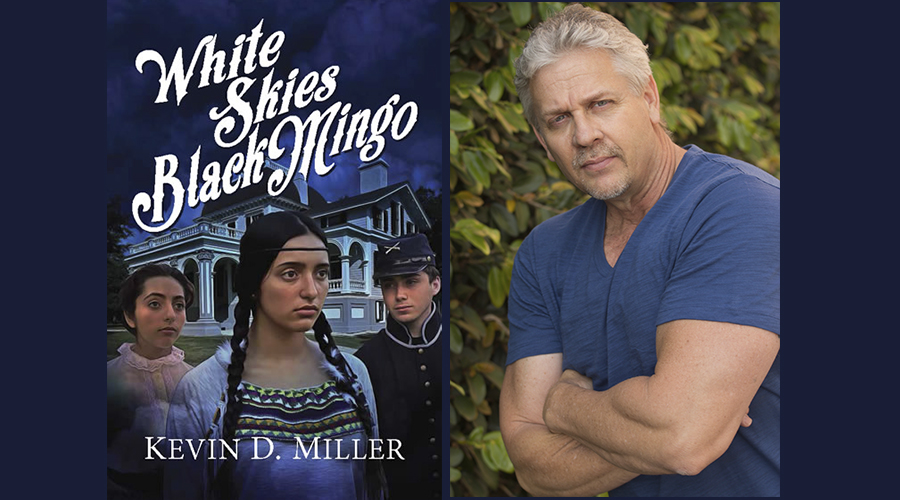 Many independent authors find fertile ground for their stories in their own family histories. Some are epochal for their inspiration, some for their darkness. Kevin D. Smith’s novels bridge the spectrum of human experience in his two historical fiction novels. His latest, White Skies, Black Mingo takes place in the 1800’s, a Civil War-era story of a young girl who escapes a plague in her tribe in Ohio and travels east to West Virginia where she meets and marries a white man. Their troubles only multiply.

Miller came to writing books in his 60’s, proof that age is no barrier to creativity and the passion to write. A background as a web developer and part-time actor fills in the blanks but neither gets in the way of his writing. He proved that with his first top-selling novel, Heart of Steel, based on the true story of his own family history and the murder that haunts it.

The story behind Heart of Steel was told to him by his father, who revealed that his real last name wasn’t Miller, but Pulchalski. And behind the Pulchalski name was a scandal rooted in a murder that took place on the family farm in 1920. Miller told his father to put the story in writing but he had neither the talent nor the time to do that. Kevin wrote it and was honored to hand his dad a signed copy of the finished product before he passed away in November, 2020.

“It’s on its way to becoming a film,” says Kevin who connected with an actor-producer friend who read the book and saw the potential as a movie. “We wrote the screenplay and we’re pitching it to studios and investors.”

“She was a Native American from the Ohio Seneca. They referred to them as Mingo in those days. And he was the son of Irish immigrants. The story takes place during the Civil War. It inspired me because you got a mixed marriage there at a time when it was illegal for Native Americans to marry whites, and my wife is Hispanic, so I’m in a mixed marriage myself and I thought, you know, this is a great story.”

Both of Kevin’s books are available on Amazon and on his own website, www.authorkevinmiller.com.

Here’s my great chat with Kevin D. Miller on the Independent Author podcast: