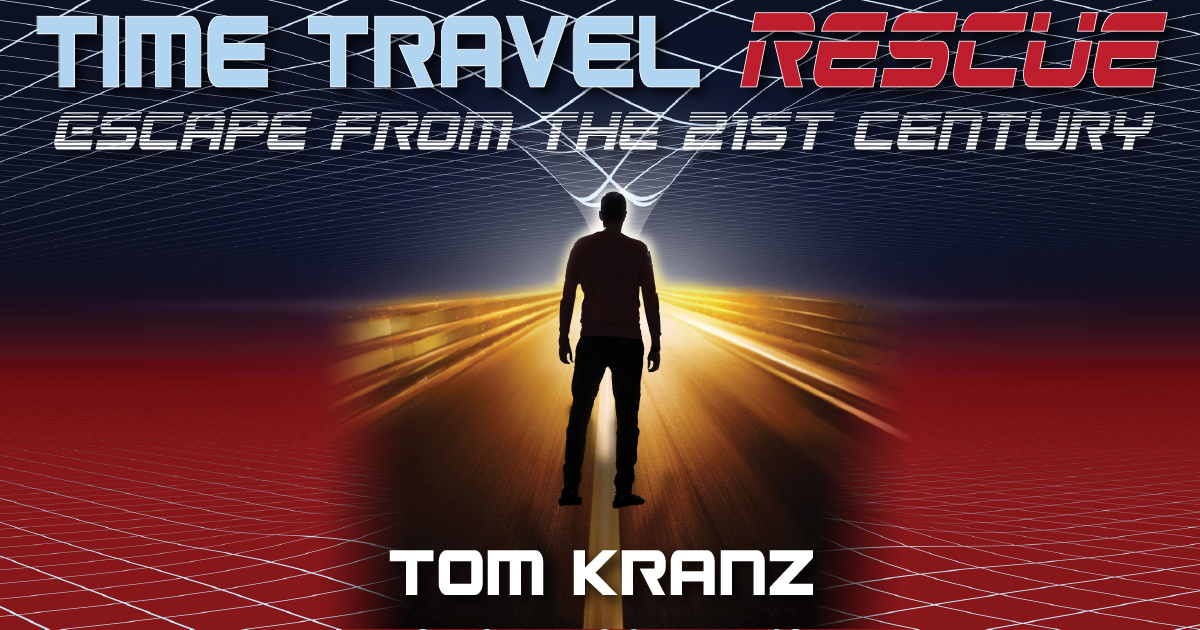 Living in a wasteland that is beyond repair becomes too much for Rick who, like most of those left on the planet in 2212, works for the Big Five mega-corporation. A chance, online meeting with a young hacker named Chen leads to a perilous journey through a wormhole back to the 21st century where he and Chen hope to set things right before they go terribly wrong. Unbeknownst to Rick is Chen’s propensity for violence and her murderous exploits complicate an otherwise altruistic mission.

Rick’s 21st century guide, the smart and attractive Jill Strawbridge, introduces him to the charms and challenges of life 157 years before he was born. Their time together sparks mutual curiosity that draws them into something more than just a working relationship.

“Writing science fiction was harder than I thought it would be,” Kranz said. “It’s the science that makes science fiction intriguing. I tried not to get bogged down in too much nerd-speak because I’m not a visionary or a physics expert, but I had some ideas on what the future might look like if we keep abusing the environment and ignoring the signs of the damage we’re doing. There is a lot of information available from people smarter than me on how our world will be affected in as few as thirty years from now.”

Kranz researched some of the elements of his story with help from his brother-in-law, John Kamal, a Philadelphia public school science teacher with a Master’s in mechanical engineering and a previous life designing power systems for NASA. He holds a patent for the nuclear-powered device like the one that saved Matt Damon’s character in The Martian.

“I bounced a couple ideas off John about what kinds of power and propulsion systems personal-sized vehicles might need to take off and fly for extended periods and reach great speeds, and whether it could happen in our century,” Kranz says. “I think he found it fun.  But my emphasis in science fiction is definitely on the fiction.”