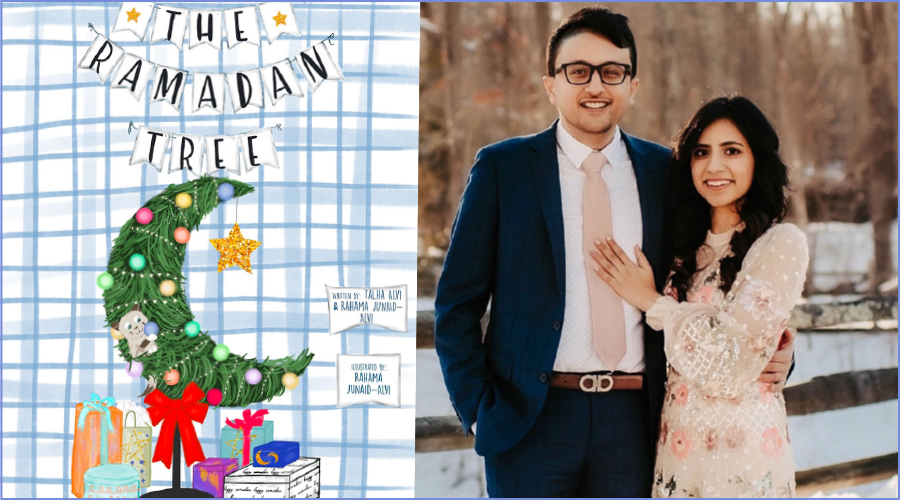 Even though Islam is the second biggest religion in the world, it is widely misunderstood in the United States where negative stereotypes still plague Muslims who simply want to live normal lives. When New Jersey art teacher Rahama Alvi encountered questions from children about Ramadan and its traditions, she decided to launch her own project to educate kids and, in the process, bring adults along for the ride. With her husband Talha, a programmer who majored in English at Rutgers and always had the itch to write, they collaborated on The Ramadan Tree. They wrote it together and Rahama did the illustrations, a collaboration that was sometimes fraught with married-couple challenges.

“We both did it kind of just sitting in bed, you know, after work and instead of watching TV,” says Rahama. “I illustrated it on my iPad. I was drawing using Procreate and my Apple Pencil, and he was kind of doing Word on his laptop. So he would do a couple of pages and then I would take a look and I would be like, ok, some of the illustrations that I have worked, and then I have to make more illustrations, which I would get very frustrated about.”

“Some of the fights got really heated,” Talha confirmed with a smile.

The end result, after five months, is a beautifully illustrated book, written for children but illuminating for adults as well. It’s a perfect book for moms and dads to read to their kids, an education for both non-Muslims and today’s adherents to Islam looking for fun ways to celebrate the holiest period of the year.

Hear my conversation with The Ramadan Tree authors Talha and Rahama Alvi in this episode of The Independent Author podcast: