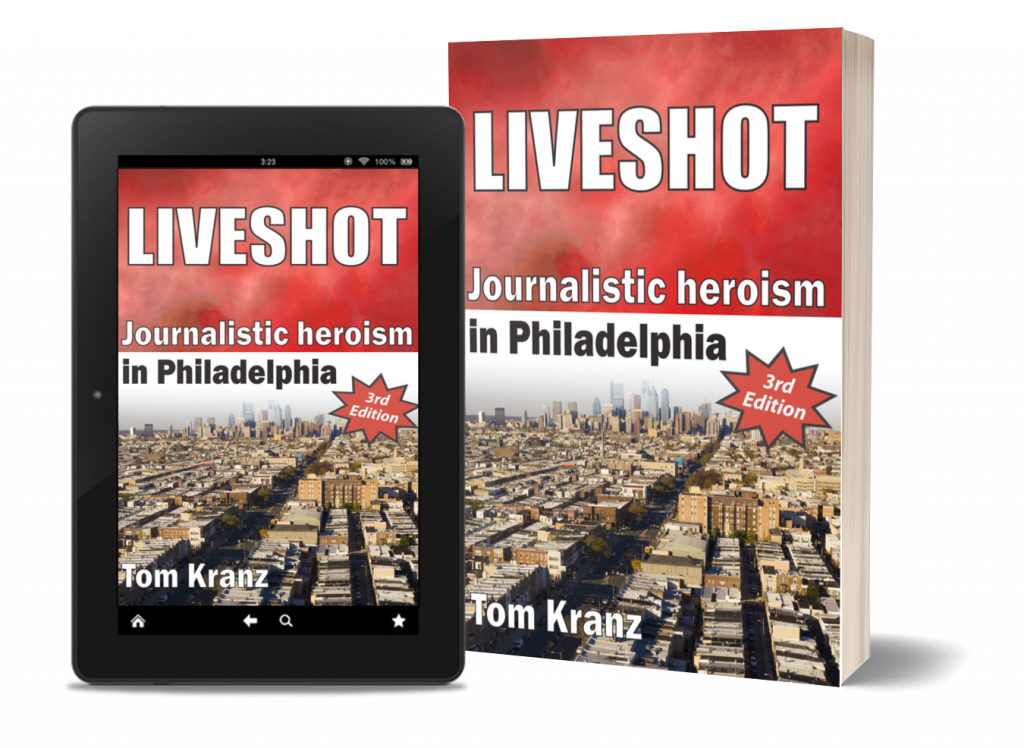 Eleven dead people, five of them children. This is the epic true story of the intrepid journalists of the television news department at Philadelphia’s WCAU whose creativity and dedication brought the 1985 MOVE disaster to a live television audience despite daunting logistics. With no internet, no computers, no personal cell phones and no digital technology, the technicians, photographers, producers and reporters in the field brought gripping live coverage of an unprecedented disaster to Philadelphia viewers. And inside the newsroom, seasoned journalists armed with their experience, their wits and the moral imperative to report the truth kept the product on the air and moved the story forward to its horrific end. Liveshot chronicles WCAU’s coverage of the 1985 MOVE disaster, from the author’s early contact with MOVE during a college radio interview, through the research and preparations for the final confrontation with the Philadelphia Police and Fire Departments on May 13th, 1985.