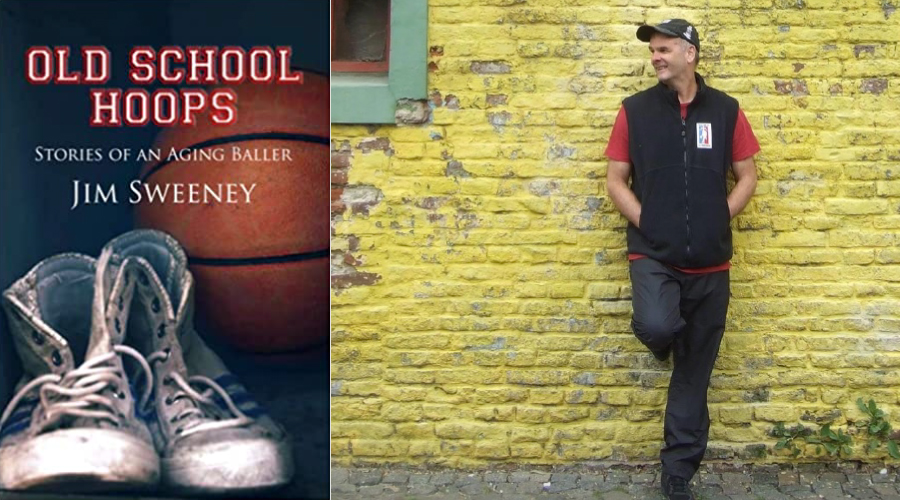 Running up and down a basketball court isn’t something that many of us (most of us?) in the 60-plus age category would even consider. But as Jim Sweeney proves in his book Old School Hoops, age is just a number when it comes to playing out a lifelong passion for the game. It turns out that Jim is one of thousands of men and women around the world who not only love basketball, but play it competitively well into their 60’s, 70’s and even 80’s.

“Our last World Championship that we had in Espoo, Finland, which is right outside of Helsinki, they had eight 80-year old teams,” recalls Sweeney of just one tournament. “So all the men on each team were 80 or older. They played full court with a shot clock. They talk junk, they push the shot, they enjoyed themselves in front of a packed house. The attendance in the gym was maxed out. They had a sign on the door, 2500 people, standing room only to not just watch these guys, but to celebrate that.”

A celebration of keeping fit and having fun is what Maxi Basketball is all about. They have their own federation, called FIMBA, representing these die-hard athletes who range in ages from 40 and up, 35 and up for women. Jim’s book gives you a window to this world of international travel, interesting people and a love of sports. Proceeds from the book sales benefit a recreation center in Trenton, NJ, his home town.

“I’m 63 years old, and I started doing this only, what 12 years ago,” Sweeney says. “So there’s plenty of opportunities out there, not just for basketball players. But from what I understand stuff like this exists for people like soccer or international football, hockey, baseball, volleyball, so there are other senior things that are out there. And as the world’s population grows and matures, I think there’s going to be more people that will be interested.”

Old School Hoops is an eye-opener and a fun place to visit. Learn more in our conversation on the Independent Author podcast episode below.