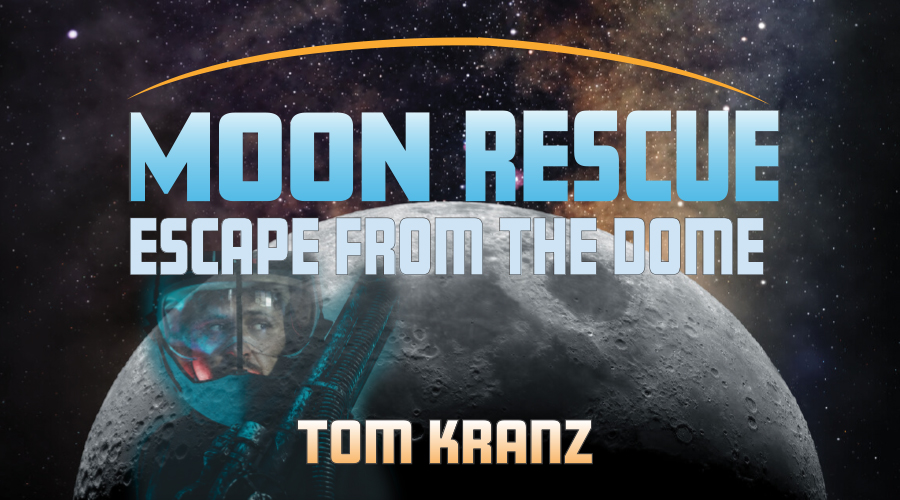 Will it ever get to the point on our warming Earth that people will be clamoring to leave the planet? My new novel in progress, Moon Rescue: Escape from the Dome, speculates about a future Moon habitat designed as a final refuge for those with the will–and the money–to restart their lives off-world. Plans to make Moon habitation a stepping stone to a Mars mission–as speculated by NASA’s Artemis program–are scuttled in the face of catastrophic fires, land erosion and rising temperatures on Earth. In the year 2067, the average temperature has risen three degrees. New York’s Battery Park is under water. The beaches of the Jersey Shore are reduced to thin strips of sand. Huge portions of California have been reduced to burned hellscapes due to relentless fires and mudslides. Refugee camps dot the former state as survivors struggle to figure out what to do now that their homes, cars, all their worldly possessions have been lost. Storm shelters are mandated in major population areas to protect citizens from tornadoes, hurricanes and other severe weather caused by global warming.

The Moon habitat is a domed structure covering more than one square mile near the southern pole supporting almost 6,000 people who were able to afford the trip. Most are from the United States, now divided into regions for easier law enforcement and administration by the Planetary Commission, the guardians of the planet. After more than eleven years as refugees, Sam and Leah Ragland have made a life in their homemade cabin, rationing power, eating soy-based foods and keeping under the radar. Unknown to their lunar friends and neighbors, they are fugitives from the insurrection of 2056 during which Sam, then known as Enrico Janice Walton Stein, Rick for short, aided and abetted an armed invasion of the Planetary Commission’s headquarters in Old Philadelphia that ended in bloodshed. Rick is a native of 23rd century Earth, a devastated environment of toxic bogs, dark rain and little direct sunlight, who traveled through a wormhole in an effort to halt the climate apathy of the 21st century. He and his partner Chen were able to neutralize some of the threats, but their efforts were too little, too late.

Written as a sequel to my five-star novel Time Travel Rescue: Escape from the 21st Century, Moon Rescue poses a basic question–why are we planning to spend billions of dollars to send humans to Mars when our own planet is dying under our feet? A manned mission to Mars, speculated by both NASA and SpaceX, would involve a nine-month voyage in a spaceship exposed to radiation from a number of sources. Building a ship of the correct size with shielding to ensure the crew wouldn’t be sickened or killed is a major challenge, not to mention the effects of living in a confined space much smaller than the International Space Station during the trip. Assuming a landing on Mars is accomplished without incident, constructing a habitat that once again shields the humans from cosmic and particle radiation would be mission-critical, not to mention the problems of maintaining a supply of food and water, breathable air and emergency management. Initial cost estimates of $6-billion will be dwarfed by the effects of inflation, unforeseen obstacles and inevitable cost overruns, not to mention the human costs.

Is it worth fulfilling the dream of deep space exploration when we can barely keep our own planet alive for future generations to enjoy the benefits? Look for Moon Rescue: Escape from the Dome in the spring of 2022.