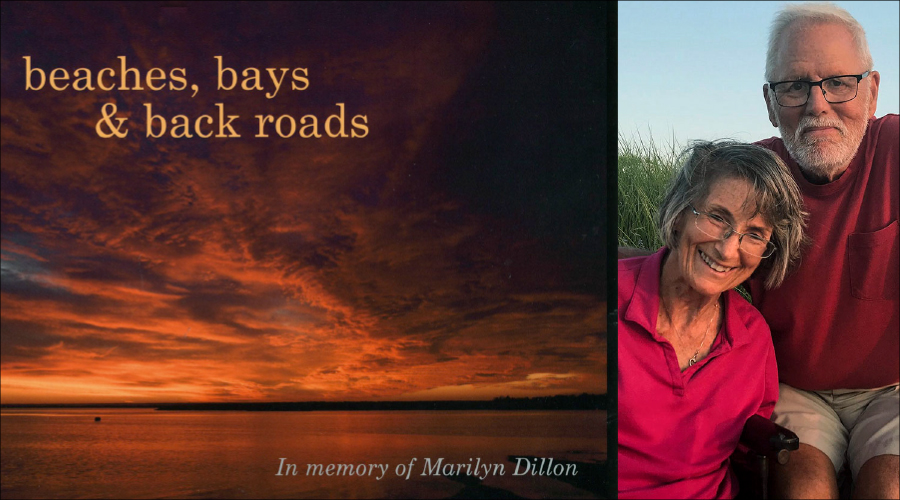 After a career traveling around the world as a photo journalist for the Associated Press, Brian Horton’s most recent work focuses on the beauty of nature around his home on Long Beach Island, New Jersey. His photo book Beaches, Bays and Backroads is filled with photographs of sunsets, ocean vistas, birds and the natural beauty of the Jersey Shore. But it’s more than just a photo collection. It’s a tribute to his late wife Marilyn, a fellow journalist and life partner who succumbed to cancer in 2020 and lived for 13 years before that with disability caused by multiple sclerosis.

“We spent 13 years fighting that battle together,” Brian recalls. “And, it just really gave us a chance to learn a lot about each other and how hard she would fight and just wouldn’t give up. It’s very inspiring. You couldn’t think you were having a bad day when you thought of what she went through every day.”

During those times, Brian and Marilyn took drives together to talk and appreciate life.

“We used to go out and drive in the back roads along the shore. There are vast areas, thousands of acres of grasslands all along the shore and we would go out there just to spend a nice afternoon out in the sun, especially in the offseason. And a lot of the pictures come from those trips.”

The book started as a modest commemoration of his time with Marilyn, but its popularity has taken off beyond his wildest dreams. Brian is making copies available for those willing to make a donation to the Robert Wood Johnson Center for MS, where specialists helped him and Marilyn navigate the disease during those 13 years. If you’re interested, send Brian an email to hortonmail@gmail.com to start the process. Below is the conversation I had with him on the Independent Author podcast and my favorite photo from the book, which I had framed and hanging in my office at work.