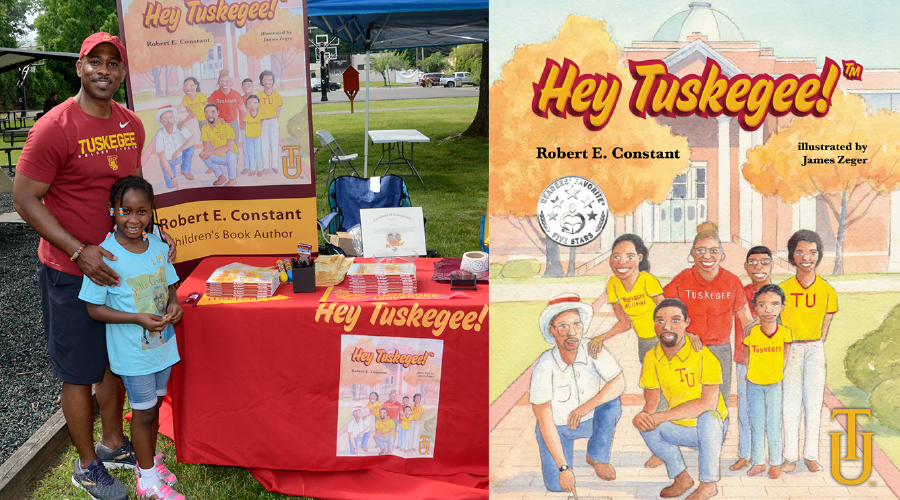 Robert E. Constant’s family ties to Tuskegee University are deep. His great grand aunt played tennis there. His cousin studied veterinary medicine there. His wife attended Tuskegee and so did he, graduating in 1998.

“I love history and I’m just fond of, you know, knowing your history and being in places where something very special took place,” Constant said.

Thus came the inspiration for a children’s book about Tuskegee University and the Alabama city surrounding it. Hey Tuskegee! is written from the point of view of a young brother and sister taking the reader on a tour of the university and environs. They learn about the rich history of African-Americans rooted in Tuskegee. It was Rosa Parks’ hometown. The university was founded by Booker T. Washington. Tuskegee is the home of the legendary black aviator team that served in World War Two, the Tuskegee Airmen, and more.

“I just felt like every kid, every adult should know about Tuskegee and the history that went on there,” Constant says. “I think Tuskegee is one of the most historic places in the United States, hands down, and certainly the university is one of the more historical universities.”

Like most other independent authors, Constant has a day job. A resident of Scotch Plains, NJ, he is a full-time fundraiser for Princeton University.

Hear more about his inspiration, his love of all things Tuskegee and his writing process in our conversation on the Independent Author podcast episode below: