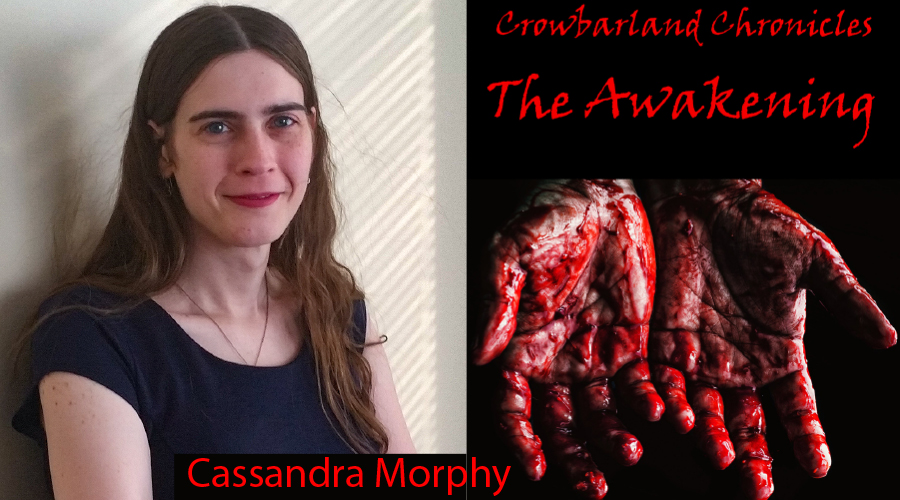 By day, Cassandra Morphy is a business data analyst, working from home in front of her computer. By night, she delves into alternative realities and creating fantasy worlds in 25 self-published books.

“When I first started it was just like seven PM every day I sit in front of the computer and write for an hour. I first started at a target of a thousand words,” she says. “Now, I’m at a chapter a day.”

By her own admission, Cassandra grew up escaping the real world into the other realities of books, TV shows, and movies, and now she writes about those worlds.

“I have social anxiety disorder. I’ve dealt with it for most of my life. It’s always an issue, always forefront in my mind but I mean, I had ways to mitigate it. It started developing about when I was 10 or so. And basically, like middle school, high school, I basically had no friends. And I spent all the time in school, just reading books. So, like that’s always been this aspect of my life, just reading the books, imagining myself in those worlds.”

Years later, she began crafting stories in those fantasy and sci-fi worlds. The book she is proudest of, The Awakening, is a violent tale of an abused woman, Natalie, who defends herself against an attack by her ex. She and her ex’s widow become companions and as the two women grow closer, they’re attacked by a strange, alien creature. Now Natalie must figure out what happened to her friend, while she deals with her feelings for her, and her own declining sanity as it all starts to be too much for her to deal with.

Hear more about Cassandra’s writing process and inspirations in our conversation on The Independent Author podcast: