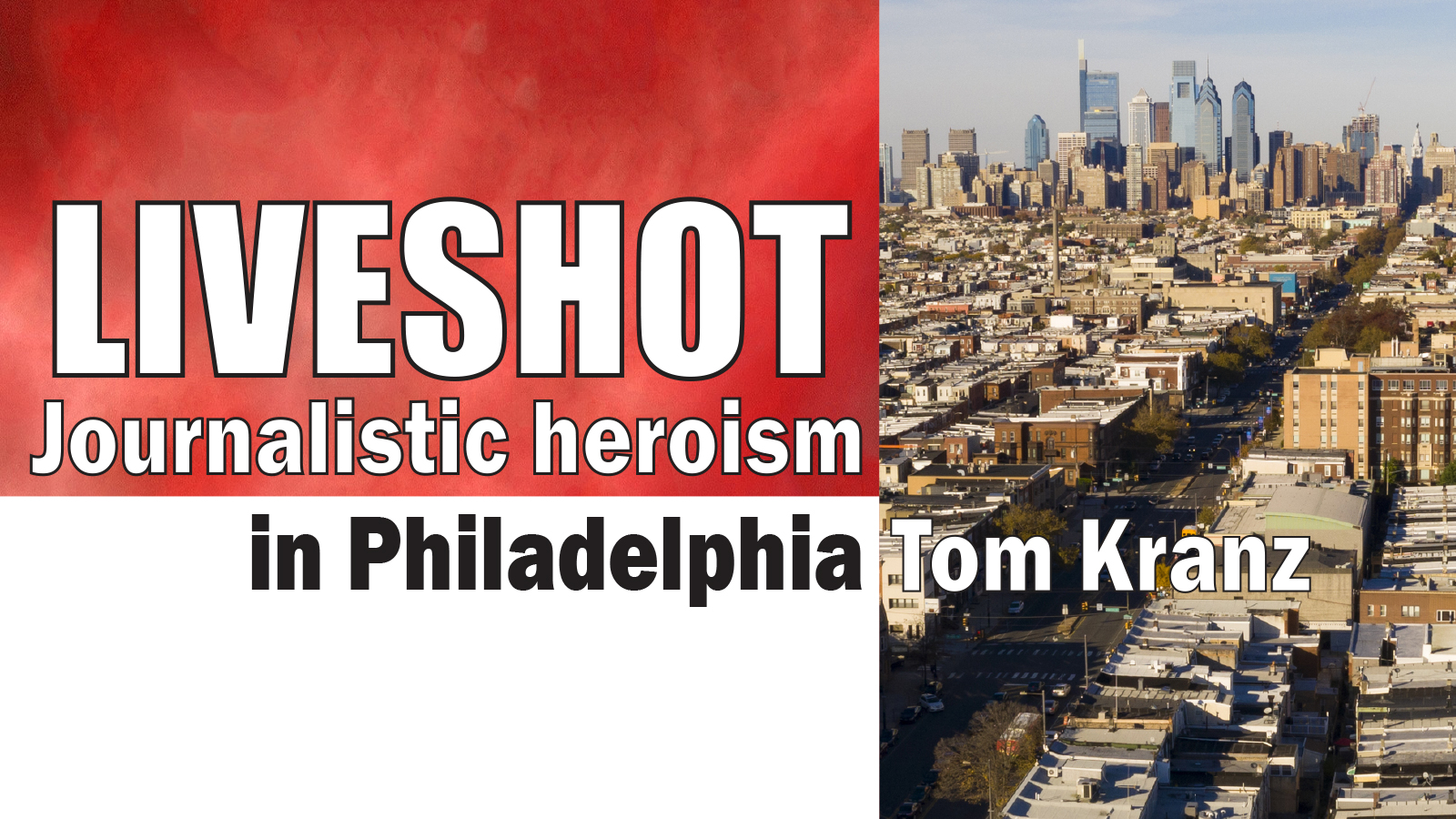 There’s an entire generation of folks who’ve never heard the story about how police dropped a bomb onto a residential neighborhood in the United States, igniting a fire which they purposely let burn, killing the 11 people they were trying to evict and subsequently destroying an entire city block. The 250 other people rendered homeless lost everything, then eventually moved into replacement houses that turned out to be poorly built by a corrupt developer. Thirty-five years later, the city government said, “We’re sorry.”

The city of Philadelphia has tried to put the 1985 MOVE incident behind it without success. Today, the disastrous government response and the specter of racism are all too relevant and invite the conclusion that little has really changed in my hometown and, as we’ve seen across the nation, in the USA.

I have updated “Liveshot: Journalistic Heroism in Philadelphia” with a few new elements learned in the 36 years since I helped cover that story for WCAU-TV. The Preface and Epilogue contain new context. The body of the book has been re-edited to be a bit tighter. The font is larger and easier to read. I found a cover photo that better reflects the row house nature of residential Philadelphia that contributed to the claustrophobic feel of the MOVE story.

The nagging question asked every year since 1985 is, would this have even happened in a white neighborhood? To many, the easy answer is “no”. But I think it’s more complicated than that. I invite you to come to your own conclusions.